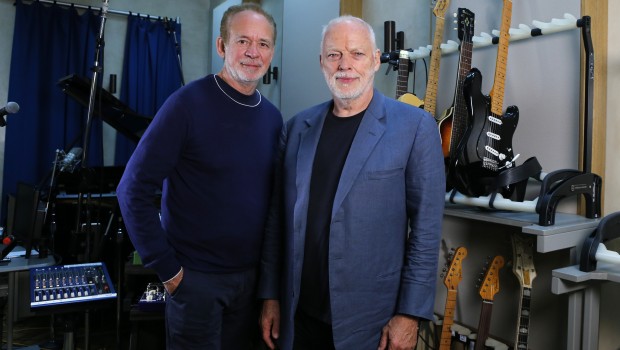 PHIL SCORES A HAT TRICK AS ‘RATTLE THAT LOCK’ DEBUTS AT NUMBER I IN UK ALBUM CHARTS.

Rattle That Lock, David Gilmour’s new album, and co-produced by Gilmour and Phil topped the UK charts today. This is Phil’s third Number 1 album co-produced with Gilmour, it follows 2006’s ‘On An Island’ and 2014’s Pink Floyd’s ‘The Endless River.’ Phil also plays on several of the album tracks.

Rattle that Lock has 10 tracks, three instrumental and seven songs, five of the lyrics have been written by novelist Polly Samson.

Phil said:
“When I met David, 47 years ago as a teenager, little did I think that I’d be celebrating a third Number 1 album as his co-producer. We had such a great time recording ‘Rattle That Lock, along with Polly Samson, and it’s wonderful to see that fans around the world are enjoying it.”

David said: “It’s thrilling to get a Number 1 album, we all want to hit the top spot, however long we’ve been at it, I’m delighted. I owe a debt of thanks to Polly Samson, for writing lyrics on four Number 1 albums, The Division Bell, On An Island, The Endless River, and now Rattle That Lock, and also to Phil Manzanera, my co-producer on the last three albums. I shall enjoy celebrating this good news tonight by playing at The Royal Albert Hall.”