“VIVA LA TARANTA”produced by PHIL MANZANERA,will be released by Warner Italy on 20th November.It is a selection of 12 songs recorded live during a four hour live RAI television broadcast, in front of an record breaking audience of 200,000 fans, on the night of the 22nd August 2015. The songs are a reimagining of the traditional music of the Salento region by Phil Manzanera, mixed together with music from the guests and played together with the Orchestra.

“Viva La Taranta is a selection of songs we played at” La Notte Della Taranta 2015 “on 22 August in Melpignano, Puglia. It was a pleasure to work with so many great musicians and to celebrate the Salento traditions expressed through the music and dance of Pizzica and the other unique music of the region.”

Photos in the booklet were taken by the internationally renowned photographer Uli Weber (www.uliweber.com). 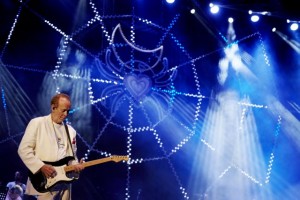 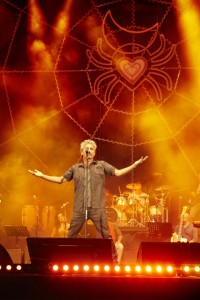