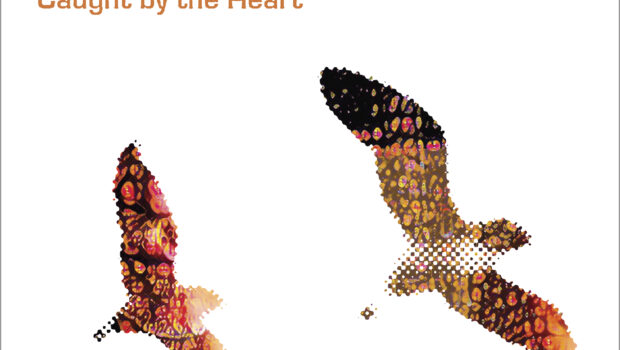 CAUGHT BY THE HEART

A MULTI-GENRE, -GENERATIONAL AND -NATIONAL COLLECTION OF SONGS

Following the acclaim of their debut E.P, Caught By The Heart, on 27th August two titans of British and New Zealand music will release their collaborative debut album of the same name, via Expression Records.

Caught By The Heart comprises a selection of 10 songs. The music covers a range of styles and genres: rock, pop, prog, Latin, reggae, classical, chamber orchestra type pieces. No genre was off limits. All drawn from Phil’s extensive musical palette, inspired by his love of music regardless of where it comes from. This coupled with Tim’s extraordinary, literate and well observed lyrics – as well as the phenomenal range of international guest musicians – has resulted in a sophisticated, shapeshifting album and a remarkable collaboration.

Renowned Kiwi singer-songwriter Tim Finn (Split Enz, Crowded House) and legendary guitarist and producer Phil Manzanera (Roxy Music) have global lockdown to thank for bringing them back into musical contact again, 45 years after they first worked together.   During the last 12 months Tim and Phil, each working in their home studios some 12,000 thousand miles apart, have jointly written 23 new songs. The time and space of a pandemic-restricted life has led to an incredible period of artistic creativity.  There was no end goal in sight, just the sheer pleasure of two old friends making music together.  This artistic freedom has produced songs that live in the moment. They are a moving and inspiring testament to a great singer-songwriter and composer-guitarist coming together in cyber-space and seeing where the music takes them.

The starting point for Project Finn/Manzanera was when Tim emailed Phil, out of the blue, in April 2020, wondering if he had any tracks with a slow Latin groove. Tim had travelled to Cuba in the 80’s, saw Los Van Van live in Havana, and had been perhaps responding to these memories when he reached out to Phil that Lockdown night in Auckland. Phil, with his Latin heritage and long history of working with Spanish-speaking artists, duly delivered and virtually overnight, Tim responded with fantastic words and singing.  Phil then sent more music, and back came more classic Tim Finn lyrics and singing, but by this point the songs were freely moving across genres.  Several of the album’s songs are inspired by Phil’s Latin heritage and Tim’s love of and travels around the same region.

To the backing of a reggae-like groove, with short, sharp lead guitar lines from Phil, Cry of The Earth’s ecological message was inspired by a visit Tim made to an old copper mine in Bougainville during the filming of Andrew Adamson’s movie  Mr Pip. The barren, scarred mine landscape reminded Tim of the old Russian riddle, “they beat me, they burn me, they cut me, what am I?” This line about the earth makes an appearance in the song, a call to give the earth itself a voice as it warms and chokes.

The title track Caught By The Heart – one of the album’s standout moments – is an exquisite love song with an understated, yearning Tim Finn vocal, with bass from Yaron Stavi and strings by Corinna Hentchel, based in Stuttgart. This is followed by the haunting and atmospheric La Ruleta De La Fortuna, a piece of music and title by Phil. Upon researching the phrase ‘Wheel of fortune’ (the song’s title in English), Tim found a poem by Roman philosopher Boethius on that very theme. Over sombre violin, the intro of Elliot Finn’s reading of the poem gives the song an intensity, which to Tim feels like a movie playing in his head on the exasperation of youth and the resignation of age. Anna Phoebe and Guy Pratt both previously in Roxy give the song an extra charge.

Elsewhere on the album, All That’s Human’s sparse, spaced out guitar lines inspired Tim to create a dramatic, narrative lyric. A very moving and personal song, Tim wrote it for his daughter as a gift on her 18th birthday. Another song inspired by family is Galleon Of Stars. Charmed by Phil’s piece of music, Tim began to whimsically imagine a constellation of stars floating like a galleon high above the Paris Lido. He then began thinking about his son and his friends and how they were all at that age when young men were sent off to fight wars for their elders and the dreadful waste of all that passion and romantic idealism.

La Musica Del Tiempo closes the album. It is based on a painting by Nicolas Poussin which has the title ‘A Dance To The Music Of Time’, featuring four women, which according to one interpretation, represent Poverty, Labour, Wealth and Pleasure dancing together, one after the other, as the stages of life unfold and we are caught in a cycle of endless becoming. Phil’s melodic guitar in the outro is a beautiful way to end this wonderous collaboration. Many moons ago Tim asked Phil if he had any slow Latin grooves he could play with. Little did Tim know what a creative symbiosis would then occur…

Caught By The Heart was produced by Phil Manzanera and Tim Finn and recorded by all the musicians in the UK,US,South Africa, Germany and New Zealand (full list of the musicians below) and mastered at Abbey Road.

Phil said, on collaborating with Tim:

“It’s March 2020, lockdown has been announced in the UK and I am sitting looking at my screen saver on my computer, showing an island in the Pacific. Up pops an email from Tim asking if I have any ‘Latin Grooves’ By lucky happenstance, I did, as I’d been writing for a possible Latin music album. And from then our course was set. For the next 18 months, while the world was being pulled out of its familiar shape, Tim and I would be travelling, virtually, between New Zealand and the UK, backwards and forwards, through our respective days and nights, exchanging musical ideas and creating songs of every musical genre starting with those Latin grooves but with no particular destination other than doing good work.

The first ten of the twenty three songs we wrote are on this first album. It’s been therapeutic for me to have my mind engrossed in this creative process and to work again with Tim, one of the great singer songwriters. It has also been inspiring to have these talented musicians and friends accompanying us on this journey, they are truly our ‘Galleon of Stars.’

For me, this is what a world music album is all about.”

Tim said, on collaborating with Phil:

“In March 2020, as NZ entered its first lockdown, I reached out to Phil in the UK and asked him if he had any slow Latin grooves I could work with. There’s always been something in the uplift and syncopation of this music, no matter how dark the times, that offers a refuge. We had worked before with musicians from Cuba and Columbia when I was based in the UK, and our project quickly fell into place once we began writing together again. Meanwhile the world was decelerating. And shrinking. A feeling of global interconnectedness was the one positive effect of the disturbing images we all saw in the early days of the pandemic. I wrote lyrics in Spanish and Italian. I wrote about Cuba where I had been in the 80’s after a Chilean musician had introduced me to salsa one night in Rome. Our daughter Elliot was home more than usual and ended up singing on the highly evocative instrumental tracks Phil was sending. I remember one night listening back to a new tune and watching my shadow dancing on the wall. I hope you feel as good as I did then when you hear them.”

Caught By The Heart tracklisting:

Tim Finn and Phil Manzanera met each other in Sydney in 1975, when Tim’s band, Split Enz, supported Phil’s band, Roxy Music, on the English band’s first Australian tour. This led to Phil producing the Split Enz album ‘Second Thoughts’, when they came to the UK the following year.  Over the subsequent years, their paths would cross periodically, with Tim singing and writing songs for Phil’s  ‘K- Scope’ and ‘Southern Cross’ albums, and Phil doing guest spot with Tim in the UK.  Tim and Phil last saw each other in Auckland in 2011 for The Roxy Music Reunion’ tour.

Who the musicians are:

Gilad Atzmon &The Orient House Ensemble, recorded for Beatie Wolfe and plays in various orchestras including the Oxford Philharmonic Orchestra.

The album is available to pre order here via Burning Shed:

Or here via SDE : 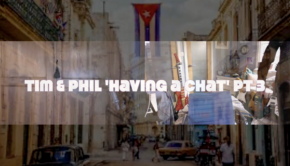 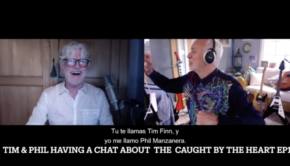