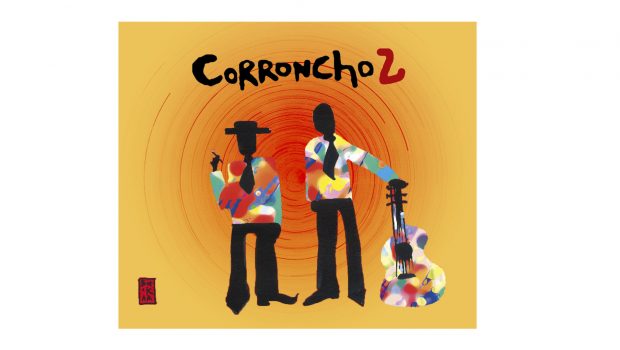 Phil Manzanera, Roxy Music guitarist and record producer and Lucho Brieva, artist and sculptor, release Corroncho 2, the follow-up album to 2010’s critically acclaimed Corroncho, on 31 January 2017, Manzanera’s 66th birthday. The Spanish speaking concept album tells the story of two hapless compadres from the Caribbean coast of Colombia, “Corronchos”, who go on a road trip to the’ promised land, specifically Queens, in New York. Mistakenly turning right instead of left from Cartagena on the Caribbean coast, the 13 tracks document their incident-strewn adventures, as they navigate through the countries and cultures of South America, shining a light in their irreverent and humorous way, on the many issues of the Latino man, Love, Death, Politics and Dancing. The album’s release coincides with Manzanera’s appearance at the Hay Festival in Cartagena. Corroncho 2 is released by Expression Records via www.manzanera.com. The digital album is available on all the usual platforms.

You can pre order the album here